Too Much Circles Flask 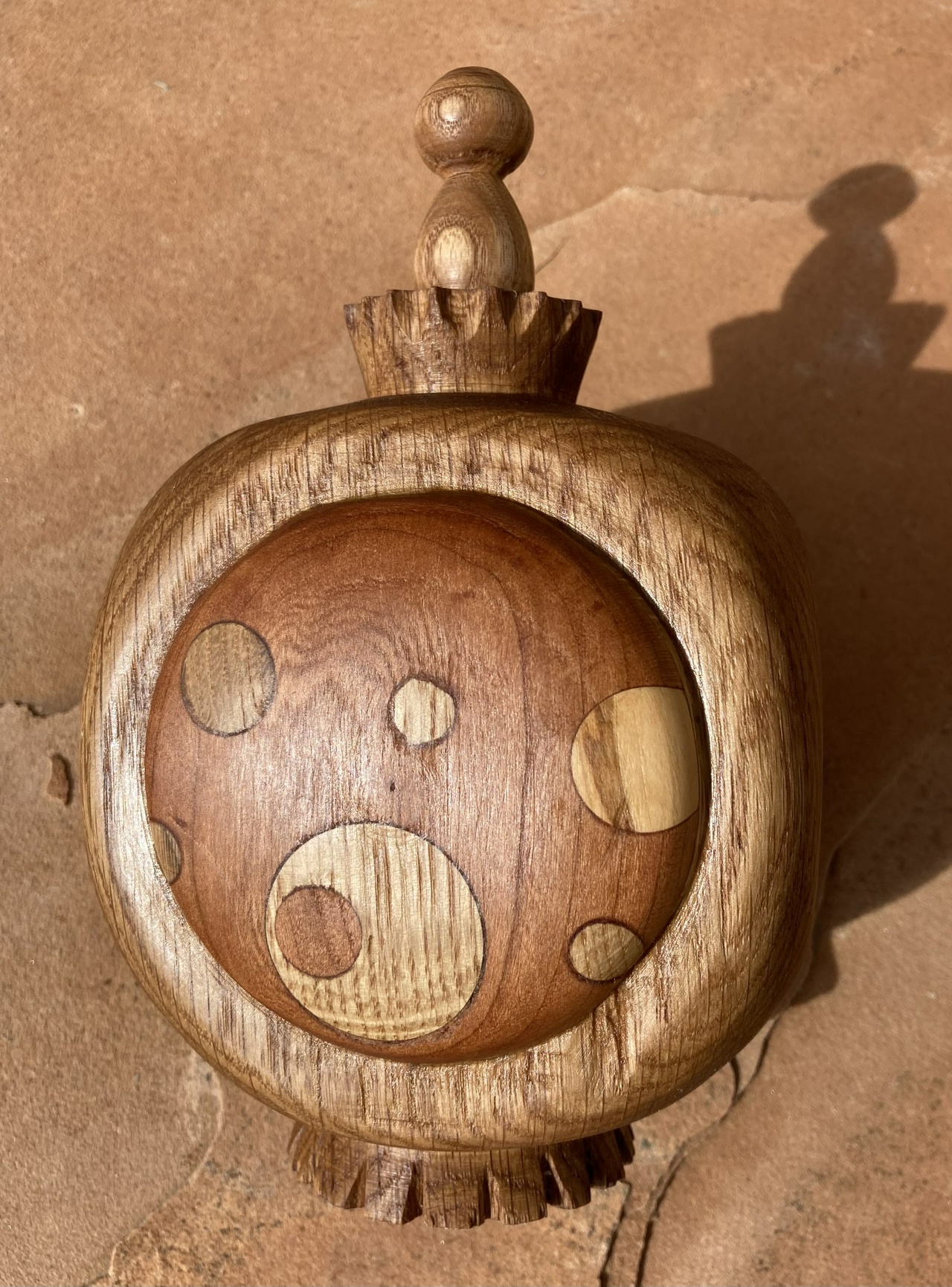 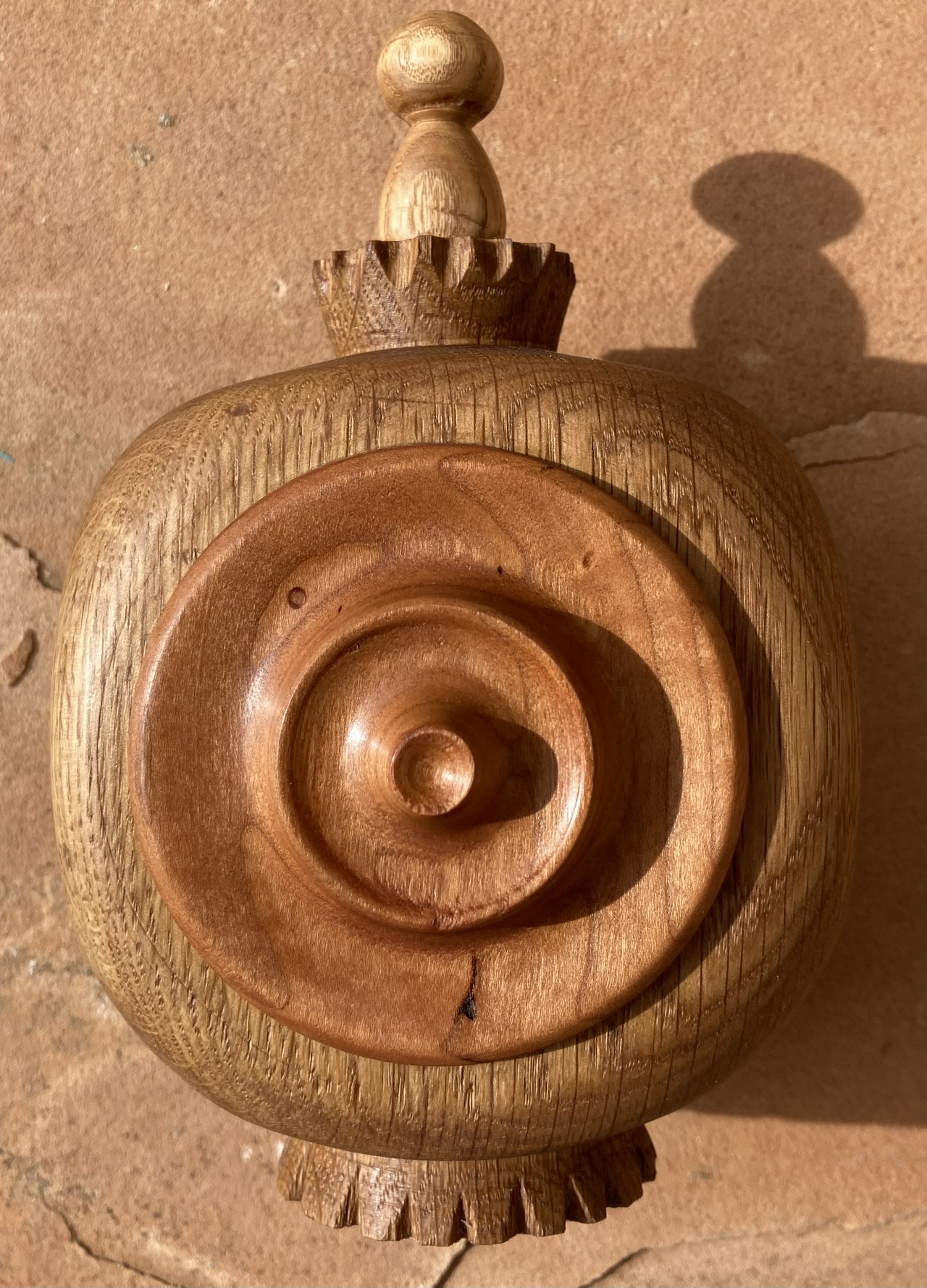 This is a flask I made that holds about a pint. It’s white oak, with cherry inserts on the faces. One of the cherry inserts has olive, oak and ash inserts, the other is turned. The stopper is ash.

It was made for a swap on Lumberjocks. 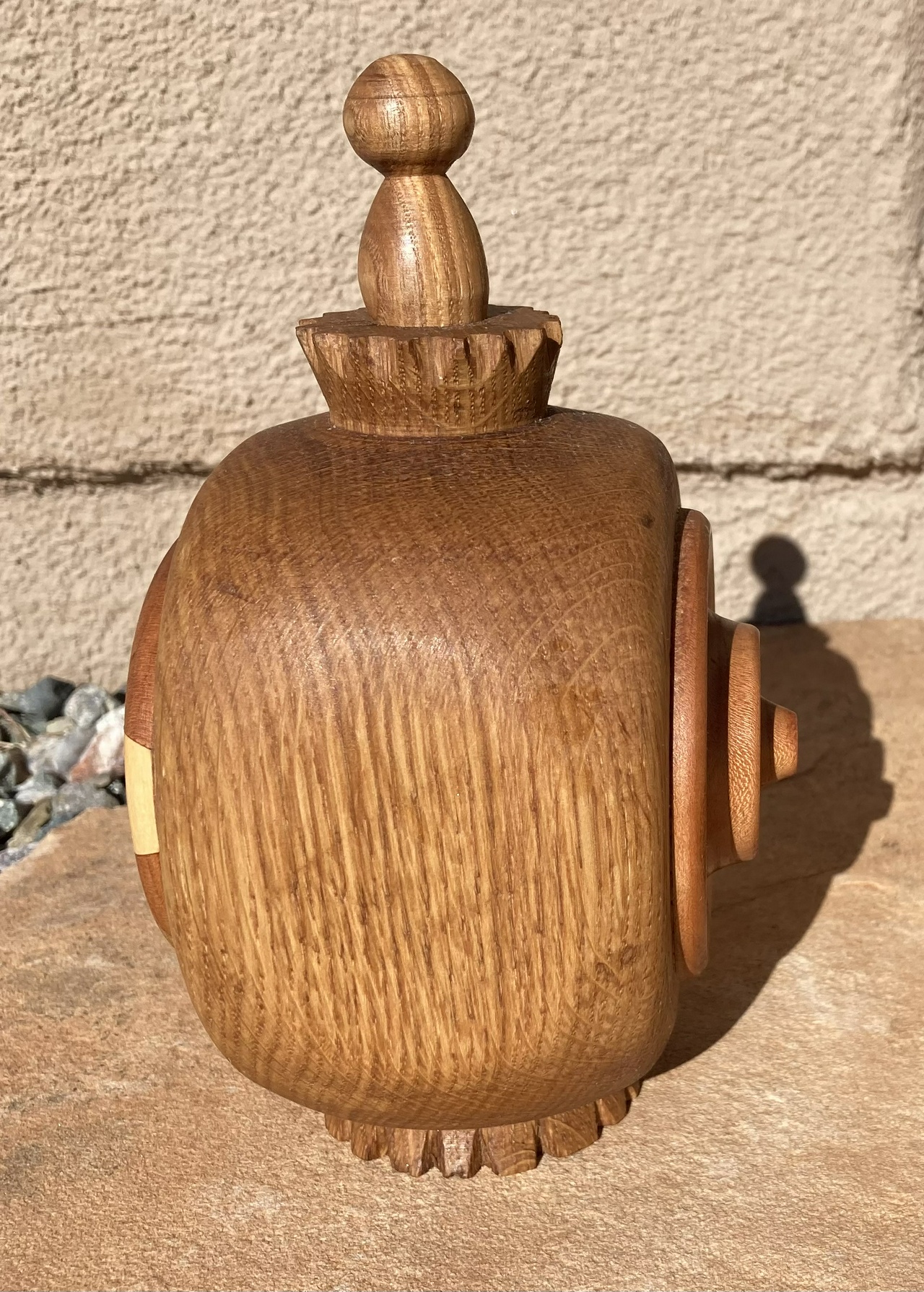 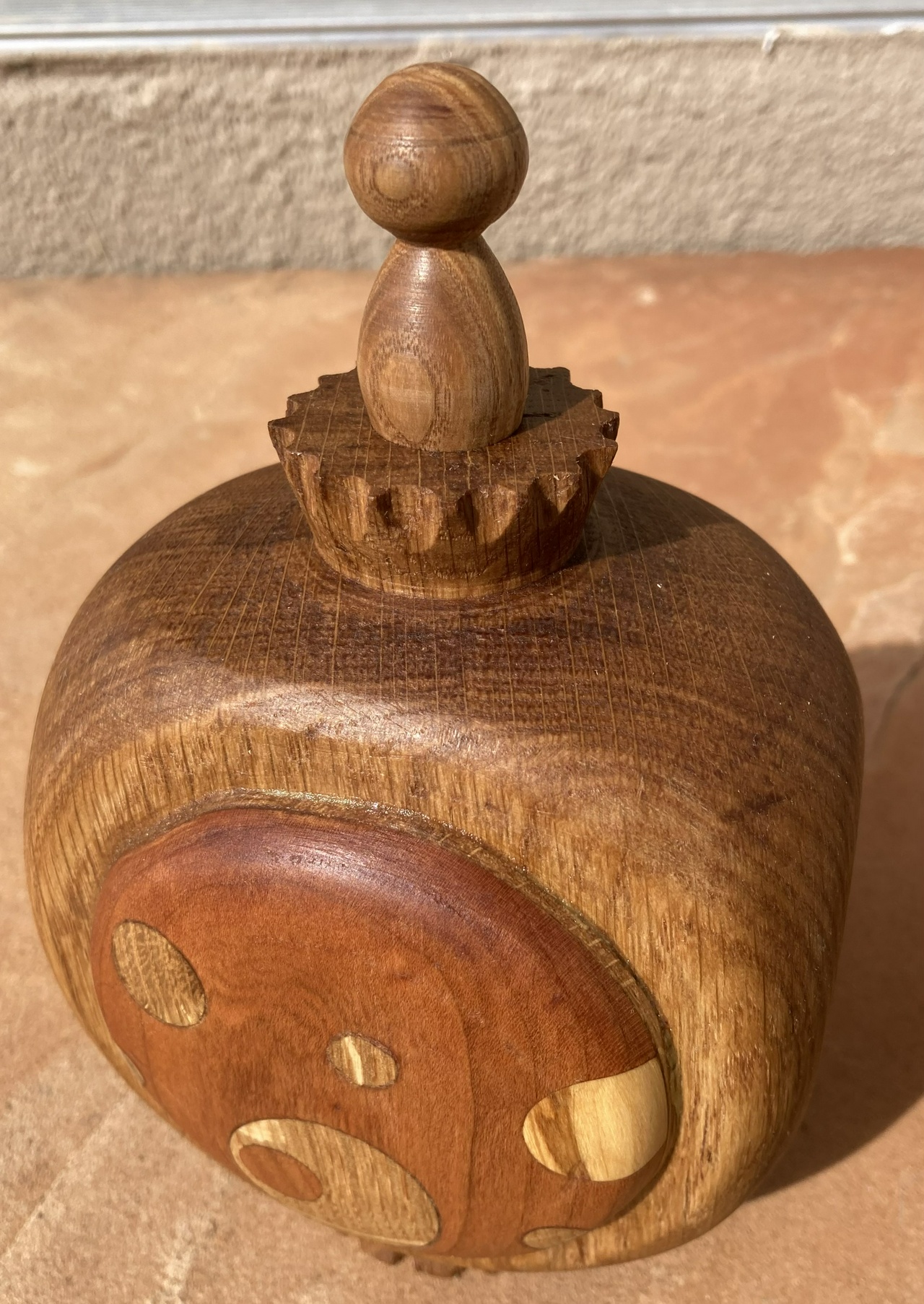 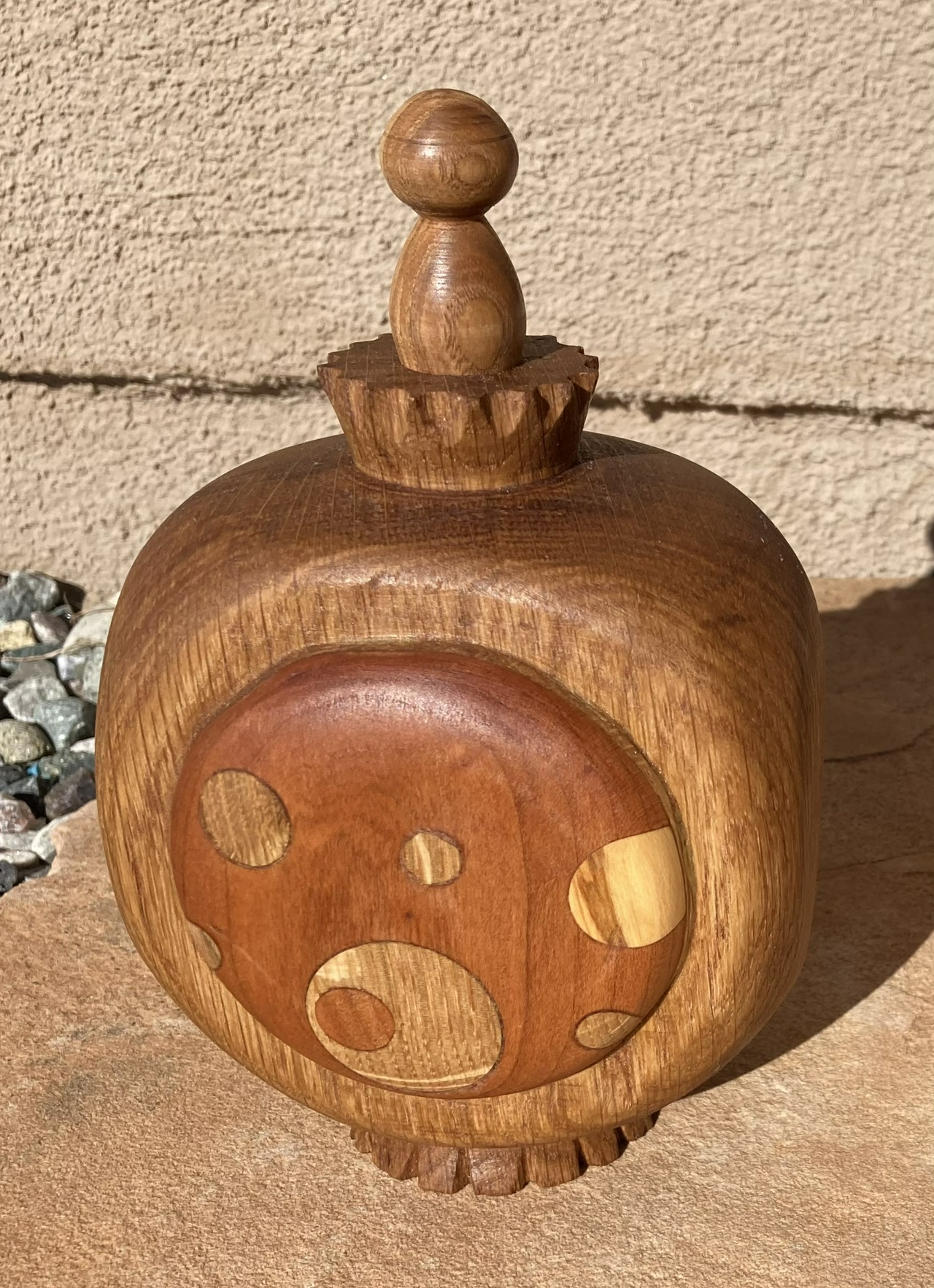 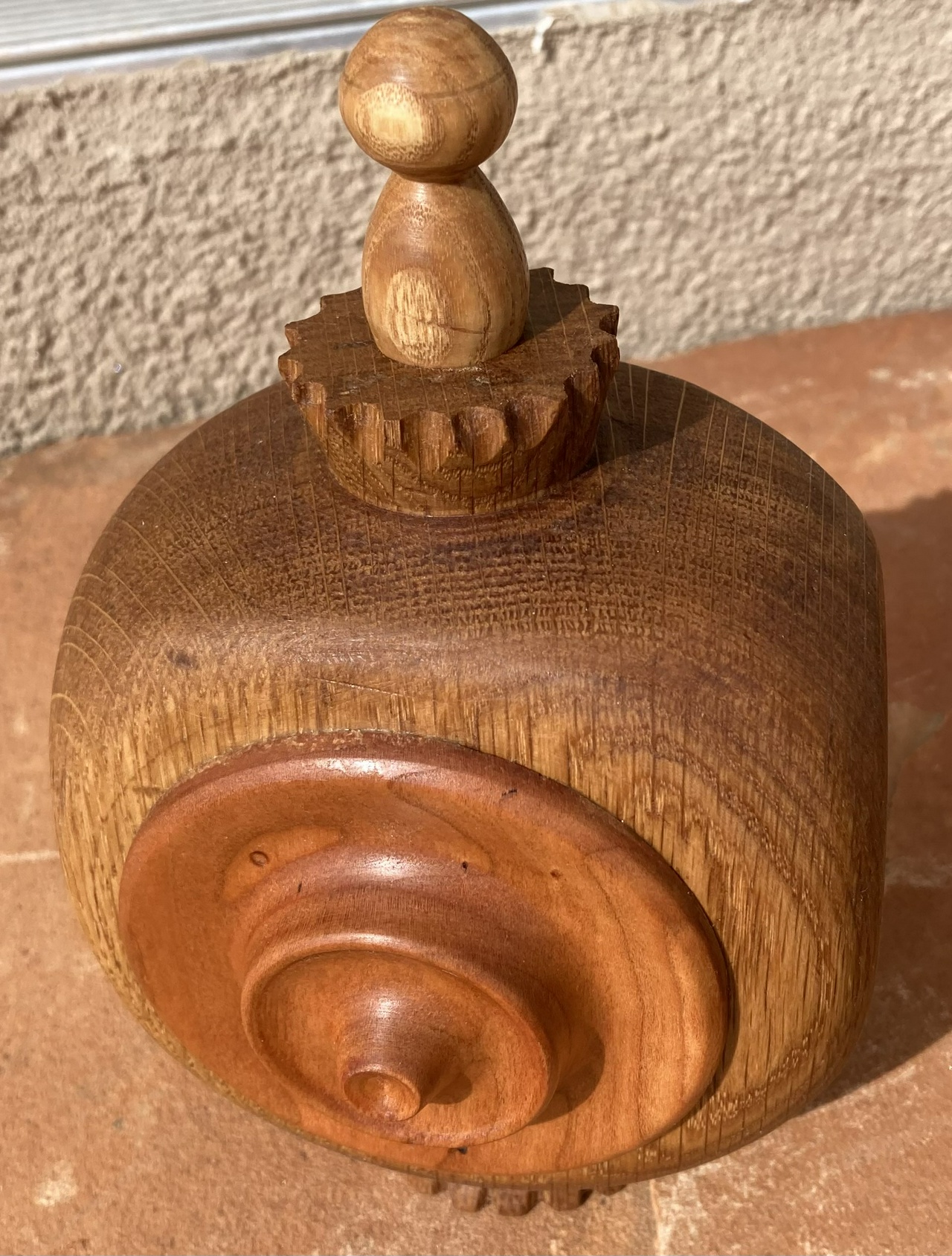 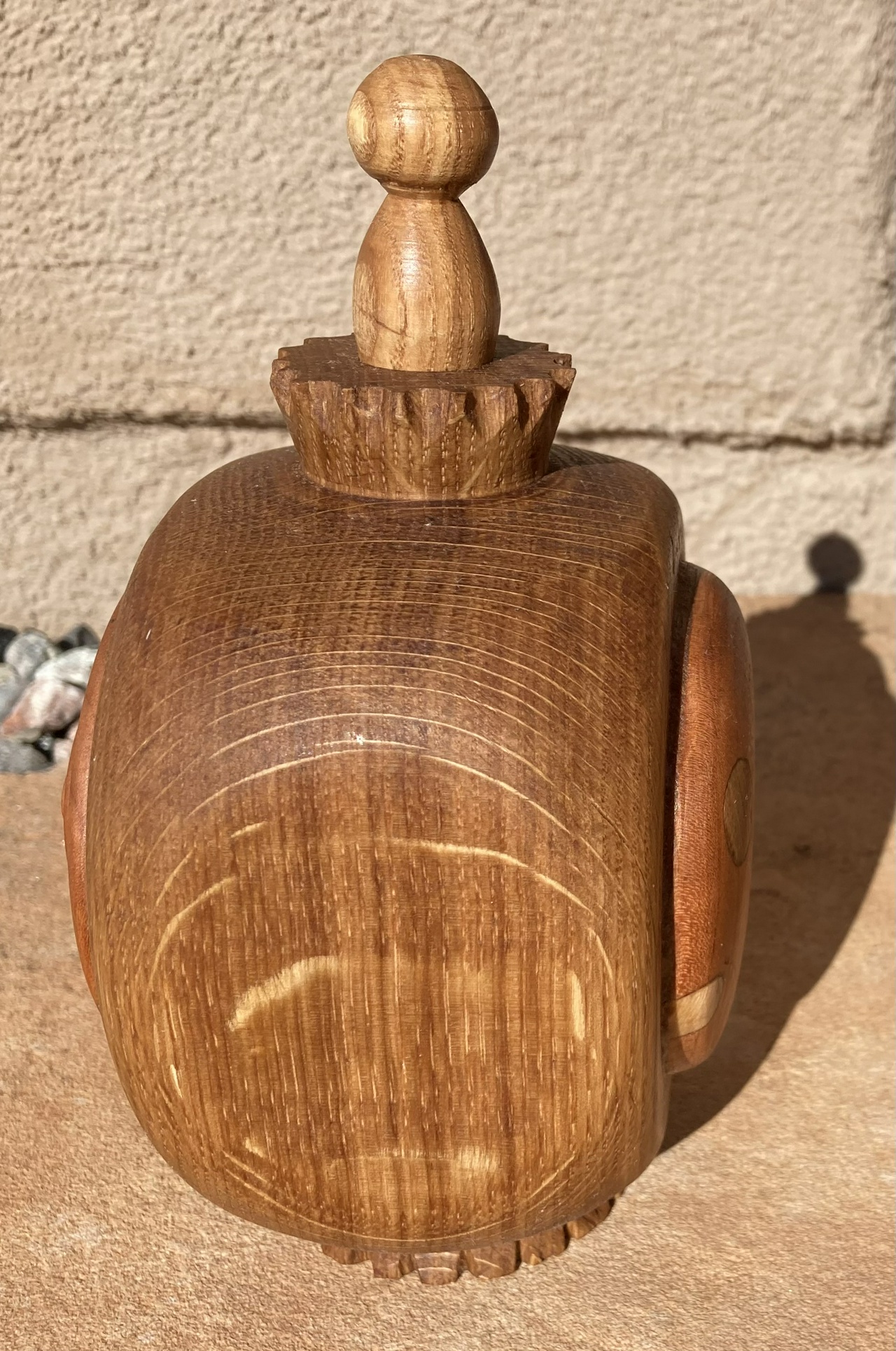 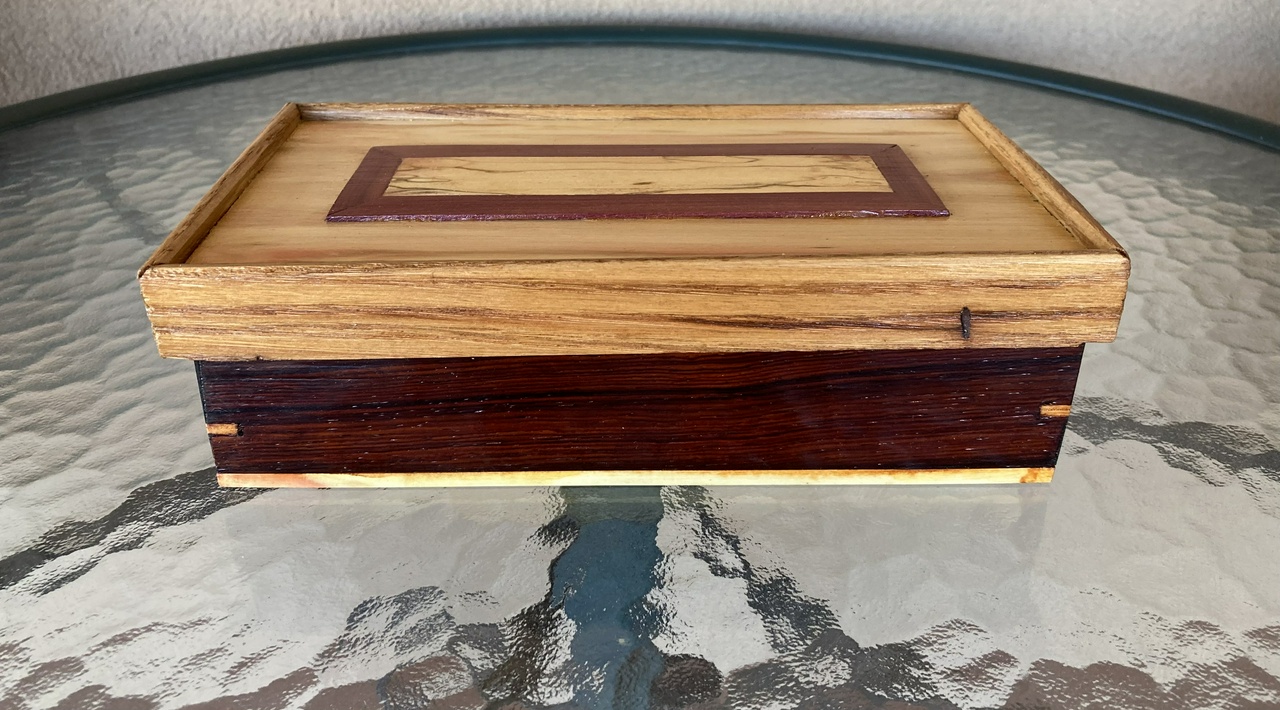 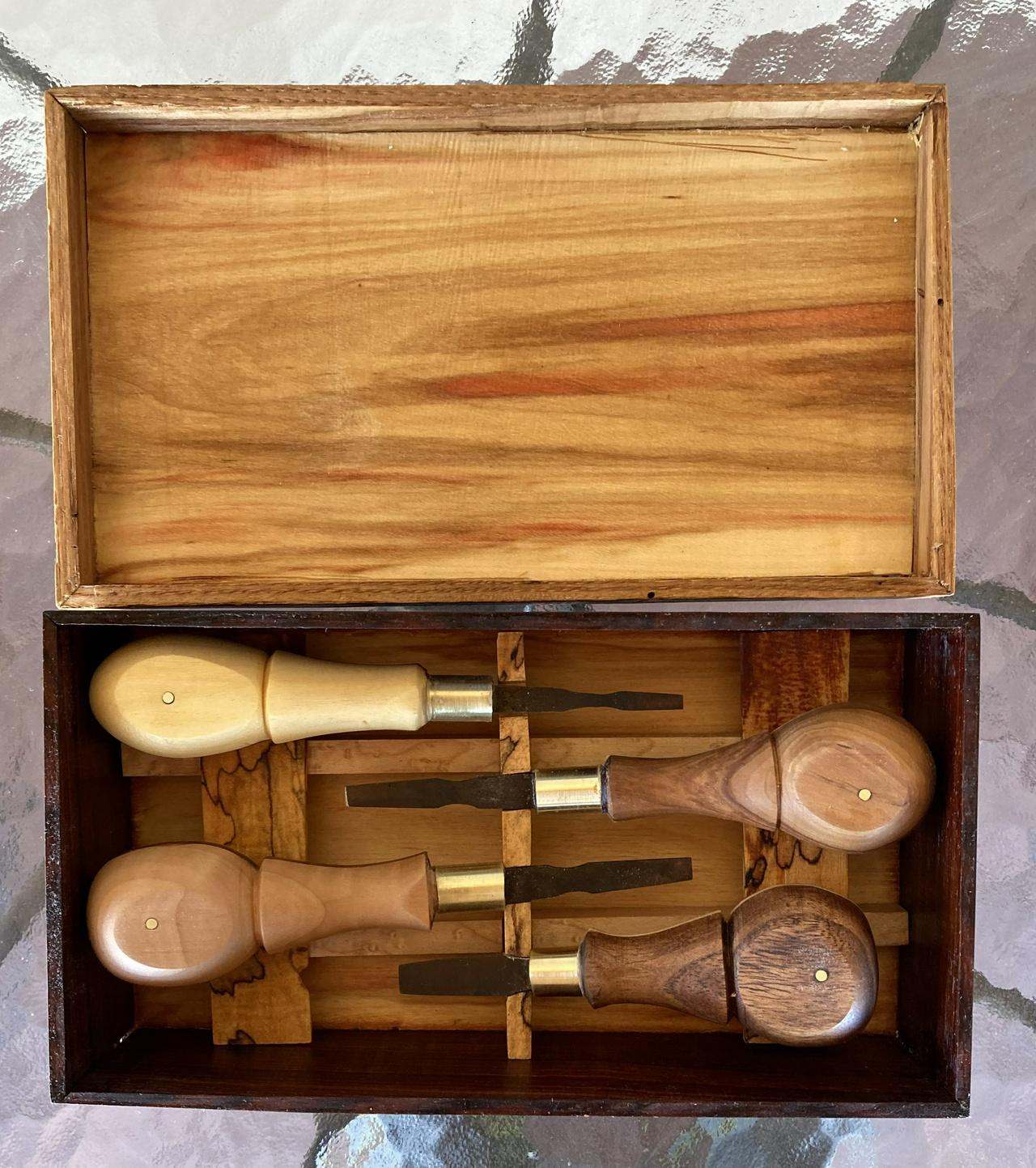 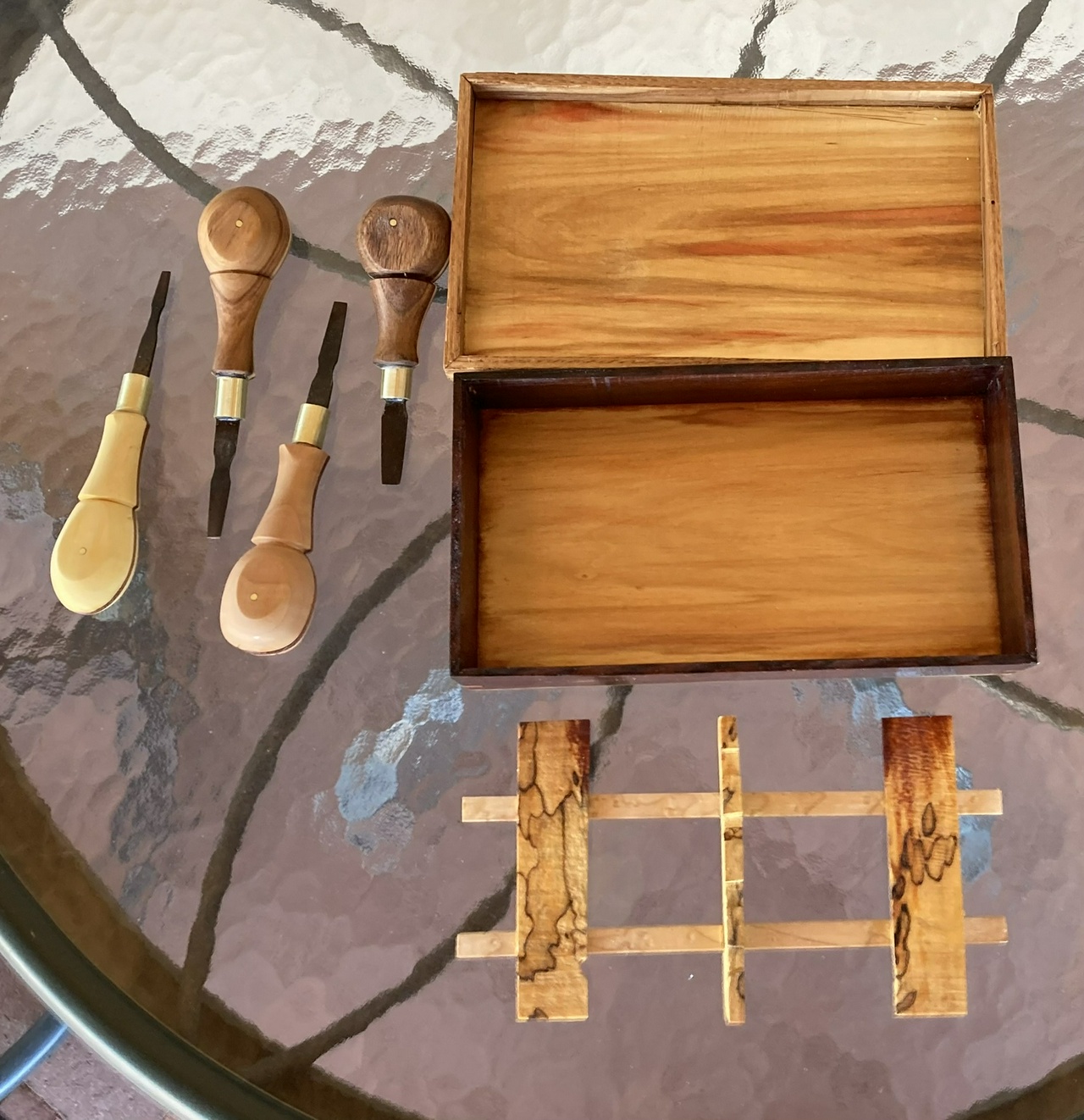 This is a screwdriver set I made for a swap on Lumberjocks. Or perhaps turnscrews, as I based them off London Pattern Turnscrews from an old Marples catalog. Then I tweaked them to match turnscrews sold by Swan early in the 20th Century.

They are sized to fit wood screws of even sizes from 2-8.

The #2 is made from citrus wood I got from Dave “KelleyCrafts” Kelley in one of my first swaps. It sandwiches a piece of 3/32 bubinga veneer I had left over from making my brace till.

The #4 is apple, from a crab-apple tree that was in my front yard in Minnesota. Craig Marble helped dry and mill it for me. The inner layer of the sandwich is ash.

The #6 is Bradford pear I received from Kenny “HokieKen”, sandwiching some bubinga again.

The #8 is mimosa I received from Pottz, with ash as the meat in the sandwich again.

The box holding them is (I think) cocobolo I got from EarlS (the infamous “box of Earl’s shorts”). The top and bottom of the box are box elder that came from Jeff “jeffswildwood.” The top has added spalted sweetgum from Cory McIlroy, juniper from Sycamoray, and wormy chestnut from Dick “recycle1943”. The insert in the box is some spalted soft maple (I think) that I got from Kenny in a different swap, plus some birds eye maple I got for making frame stock for a buddy in Minneapolis. 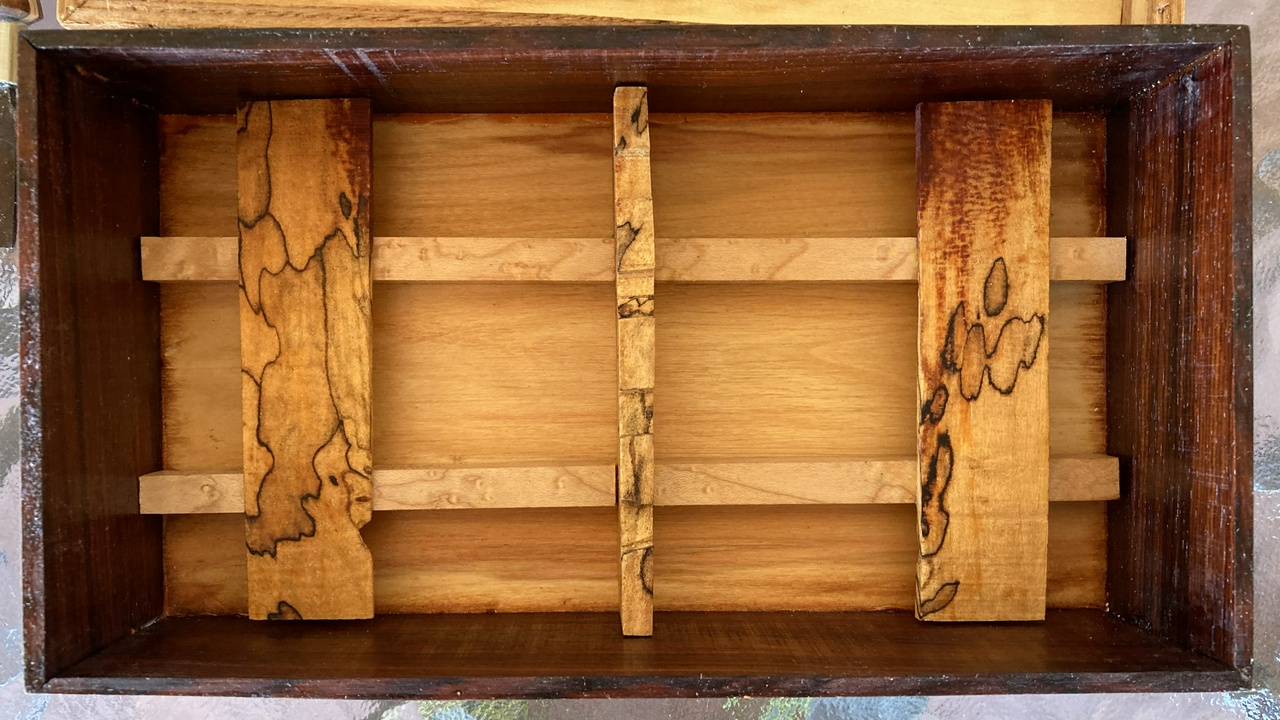 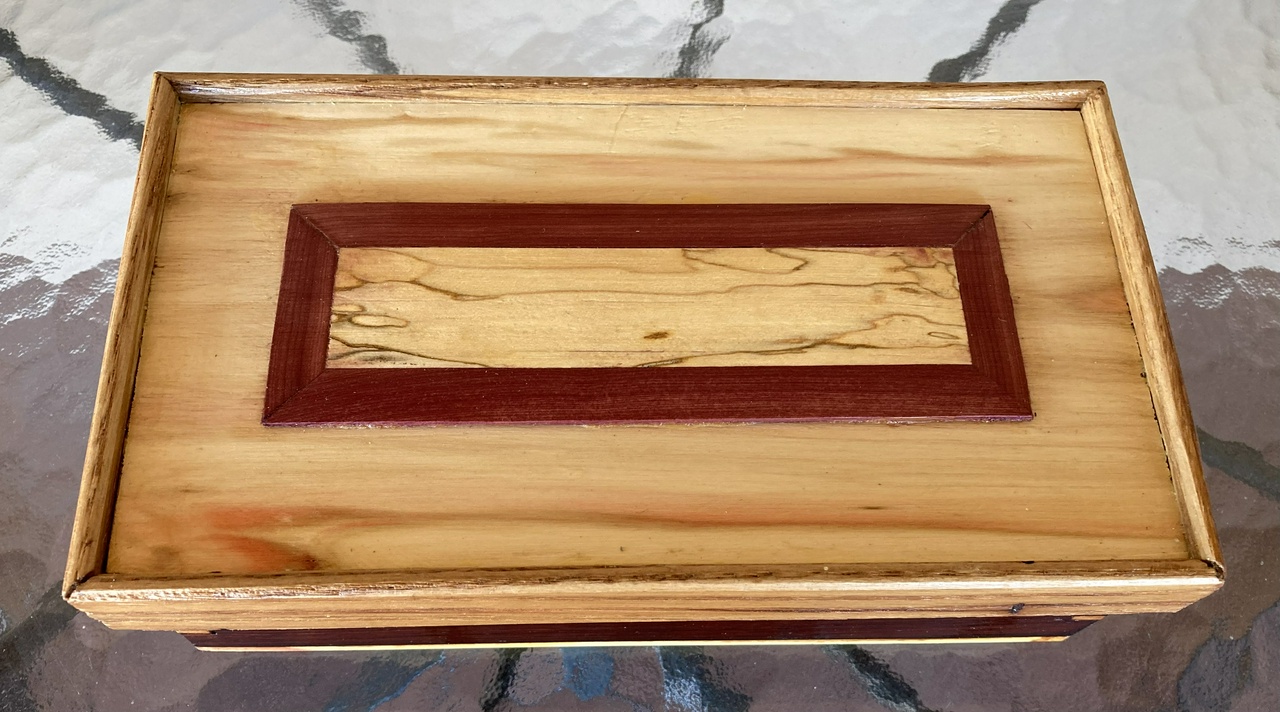